Integrated use of geoinformation 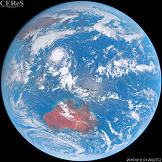 Details of the program (PDF)

Long-term climatology analysis is implemented by means of the seamless monitoring over more than 20 years, leading to the synergy of land and atmospheric studies and realization of the information center for the earth environment. 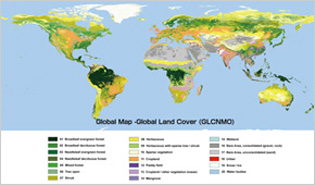 Global land cover data with 15 arc-second (approx.500 meter at the equator) were produced by MODIS data in the framework of Global Mapping (GM) project, and published the data through the website of GM project and CEReS. 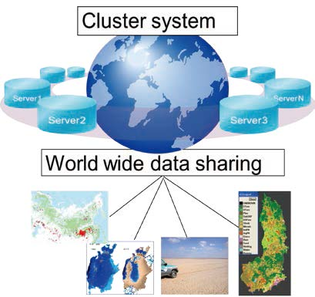 Geospatial data sharing/overlay system CEReS Gaia was activated in 2012 and updated in 2014. The system is linked with University of Indonesia and other research institutes.
http://gaia.cr.chiba-u.jp/portal/ 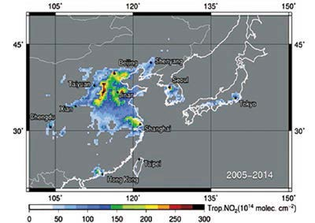 An advanced ground-based remote sensing system (MAX-DOAS) was newly installed at CEReS in 2012. Continuous observations by MAX-DOAS at several sites including Chiba University were conducted. In addition, the instrument and algorithm were revised and improved in a large scale. Spatiotemporal variations in tropospheric nitrogen dioxide over East Asia by 2014 could be clearly analyzed by satellite data based on validation comparisons using MAX-DOAS.